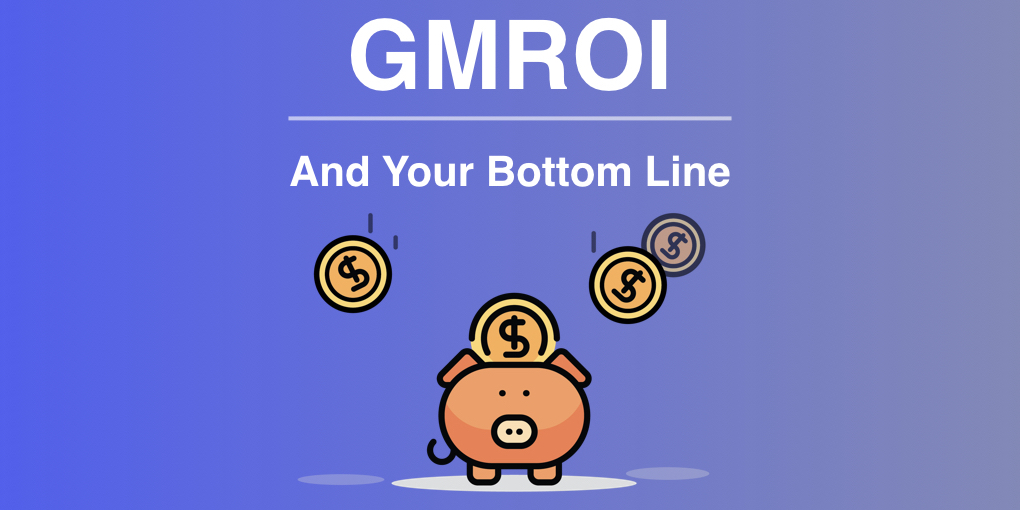 
New Gross Margin Return On Investment, or GMROI, is one of the most important profitability metrics in retail. It measures how productively you're turning inventory into gross profit. A GMROI ratio greater than 1 means you're selling inventory at a price greater than the cost of acquiring it. A higher GMROI indicates greater profitability and increased inventory efficiency.


You can quickly calculate GMROI by pulling together just a few key metrics:


Now that we have a basis for GMROI, let's talk about a problem that affects all retailers, big and small. No matter how efficiently you manage your inventory levels, you'll likely end up with some amount of excess inventory that just hasn't sold. That overstock merchandise is holding back your business. Each day spent waiting for that old unit to sell is another day that cash is tied up, unable to be put toward the purchase of new inventory.

BoxFox enables you to quickly recover cash for aged inventory and immediately put that money toward better selling products. We provide a calculator below that helps you apply this to your business. This store began with an aged inventory cost of $10,000 and sold it for $6,500 on BoxFox (the average recovery percentage on BoxFox is around 65%). They used this $6,500 to buy new inventory that turned 3 times during the year.

During this reinvestment cycle: 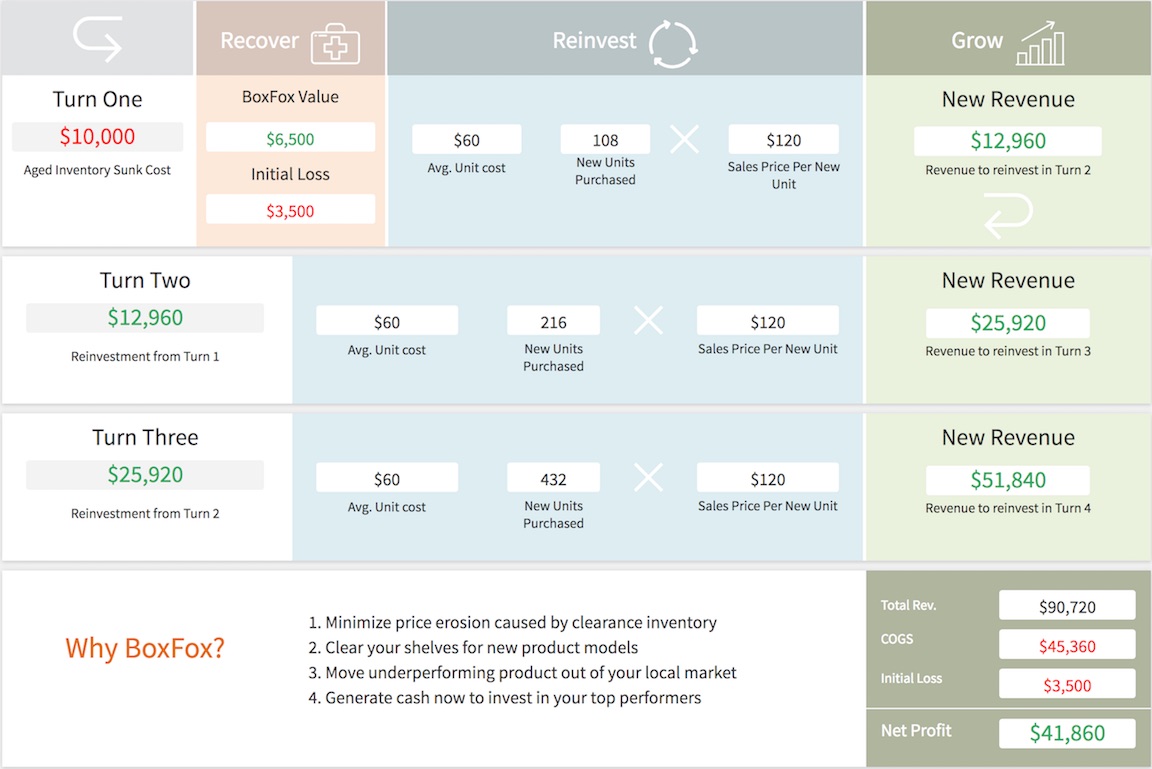 Reinvest And Put GMROI To Work For You

The unsold inventory from your back room or clearance rack has significant untapped potential. Instead of waiting for a sale, you could be recovering cash and reinvesting the funds in new inventory. In the example above, $10,000 in initial dead inventory cost was sold on BoxFox. The owner put that money to work buying new inventory and multiplied their return on investment. The $6,500 immediately recovered on BoxFox bought new inventory that generated $45,360 in gross profit for the business.

Never miss a resource for your business